VISALIA - South Valley United Soccer Club (SVU) is proud to announce their new Director of Coaching, Renato Bustamante. Originally from Lima, Peru, Renato comes with a wealth of knowledge and expertise in the sport playing at the collegiate and professional levels. From becoming an NCAA All-American, to a 3 time MVP at Fresno Pacific University, 2 time PDL All Conference at Fresno Fuego, to now playing professionally in the USL as a part of the Fresno FC.  Renato has also garnered experience as a youth and collegiate coach, most recently as the men’s coach at Clovis Community College.

“Renato is eager and passionate to establish himself as a leader for technical direction of the next generation of players.  As he completes his professional playing career he begins a new journey of teaching and we are ecstatic to have him join our South Valley Family”, stated SVU Club Director Jeremy Schultz. “I’ve been fortunate to work with Renato for several years and have been impressed with his character on and off the field, these qualities are critical as it is the foundation of what we want to represent as a club. Renato is the perfect person to inspire and develop our SVU athletes. His integrity and work ethic will solidify the mission and core values of SVU.”

As a trilingual (English, Spanish and Portuguese), we are confident that Renato will thrive as the SVU Director of Coaching due to his commitment and desire for perfection, his focus to develop complete players, his passion to create leaders of tomorrow and his ability to communicate clearly to players and coaches.

"I'm thrilled to have the privilege to be Director of Coaching of such a historic club in the Central Valley”, stated Renato Bustamante. “I have the intention to have a positive impact on every player, parent and coach. The goal is to continue to develop player's character, encourage their creativity, instill confidence and give them the proper environment to maximize their soccer potential."

Renato will begin his role immediately as the Director of Coaching for South Valley United. We are looking forward to the positive impact he will have on our community and are excited to be a part of his success as a director.

South Valley United (SVU) is one of the original competitive youth soccer organizations in the Central California region, based in Visalia, CA. SVU’s mission is to provide a safe, supportive soccer community intent on developing elite youth soccer players. SVU strives to instill the fundamental traits of leadership through teamwork, success through hard work and inclusiveness through building camaraderie in community and club. For more information, visit www.southvalleyunited.com

RT @USMNT: What a great day! Thanks to everyone who came out to @IMGASoccer Stadium for today's open training session. Appreciate ya! ❤️…

Meet our Raisels Player of the Month, Lelia!

Meet our Raisels Player of the Month, Lelia Mendez. Her coach, Mike, describes her as the most respectful and coachable player that he has ever trained. Lelia's focus is outstanding, she treats her teammates with respect and her work ethic is top-notch. Keep up the great work Lelia! 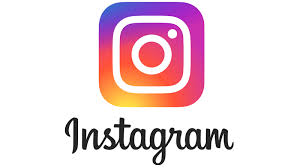